Adam Christodoulou headed off down under to Australia for the first time to take part in the 12 Hours of Bathurst with the PROsport Performance.

The Liqui-Moly Bathurst 12 Hour race was recreated in 2007 and its splendour has grown ever since. Many a top GT-driver has put the Australian race on their bucket list and those who have tackled the mountain in the past are always happy to return to the 6.2 km rollercoaster. 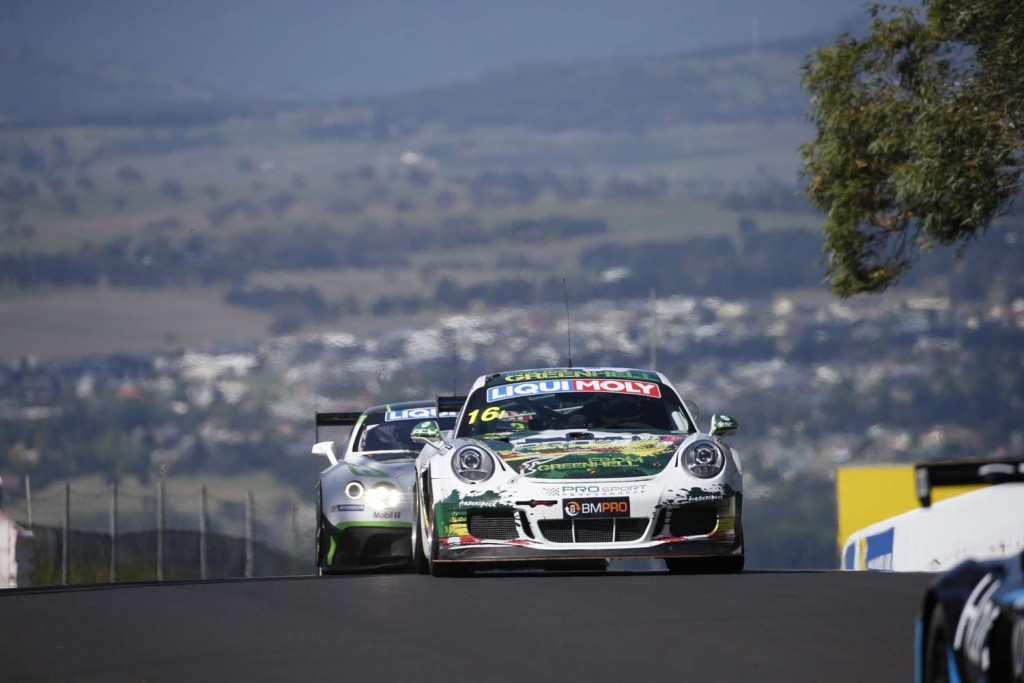 The PROsport Performance team, who Christodoulou had competed and won in several key races within the last 4 seasons in various championships including VLN, European GT4 and the British GT4 championships, had once again called up Christodoulou to compete with their Porsche Cayman GT4 in the company of Fabian Hamprecht (GER), Nico Verdonck (BEL) and Jörg Viebahn (GER), in the Annual Bathurst 12 Hours.

Unfortunately there was a lack of GT4 machines at the start and the team were slotted into another category, with far more powerful cars. Regardless of that they were fully determined to play their cards through to the finish.

However fate was to decide otherwise. The qualifying session was missed due to an ECU fault, forcing the Porsche Cayman GT4 from clocking up a single lap time. The race started before sunrise, Nico was first behind the wheel, followed by Fabian. We had started from last, 34th on the grid, and made our way up to 20th and 2nd in class whilst breaking the GT4 lap record with a 2:17.5, previously set by an Aston Martin last year, with a 2:19.2. But unfortunately the race was short lived due to a driver error putting the car out of contention for the remainder of the race.

Christodoulou said, “We’re gutted not to have made it to the end of the race but I’ve got to say a huge thank you to TeamProSport, this week has been a real adventure and experience for me, this will be our 5th year racing together and the furthest from home that we’ve all competed. I only got the call to say we’re racing Bathurst less than 10 days before the event. It’s been a great opportunity for the team to bring the ProSport GT4 Porsche Cayman to the other side of the world.”

In the meantime, Christodoulou is coming extremely close to announcing his plans for the 2016 race season.