Adam Christodoulou’s Blancpain GT Series Endurance Cup campaign ended in disappointing fashion after a puncture in the closing stages robbed him of a points finish at the Nürburgring.

Showing his familiarity with the former German Grand Prix venue, the 2016 Nürburgring 24 Hours winner powered through hanging fog to qualify the Team Black Falcon Mercedes-AMG GT3 he shared with Hubert Haupt and Andreas Simonsen eighth in the 54-car field.

With several cars falling afoul of the tricky conditions, red flags duly brought the session to an early conclusion. Although Christodoulou believed he could have improved his time on the drying track without the interruption, his competitive banker lap was enough to put him on the fourth row of the grid, their best qualifying result of the season.

Haupt managed to avoid the customary opening lap shenanigans and brought the car back in a solid tenth, before handing over to Simonsen. However, an untimely Full Course Yellow allowed three cars that were running behind him to pit and come out ahead, demoting the 27-year-old to tenth. With course vehicles on the circuit to repair barrier damage, the Safety Car was then called on, which bunched the pack together.

Christodoulou had recovered two positions to eighth after the race returned to green, but with just ten minutes to go, he was punted from behind by a Bentley and forced off the track at the Dunlop Curve. The ensuing puncture forced the Briton to the pits for an unscheduled stop and dropped him out of the points to an unrepresentative 18th.

“It’s a really frustrating way to end the season when points were on the cards,” said Christodoulou. “The Jaguar running in front of me had just hit one of the bollards and had smoke pouring out of its front wheel, so I was lining up a move when the Bentley stuck his nose up the inside and put me sideways on the kerb. I tried to keep going, but I got a tyre pressure warning and had to come into the pits. It’s very disappointing, but our pace in qualifying was extremely strong and once we were running in clear air, we had good pace. 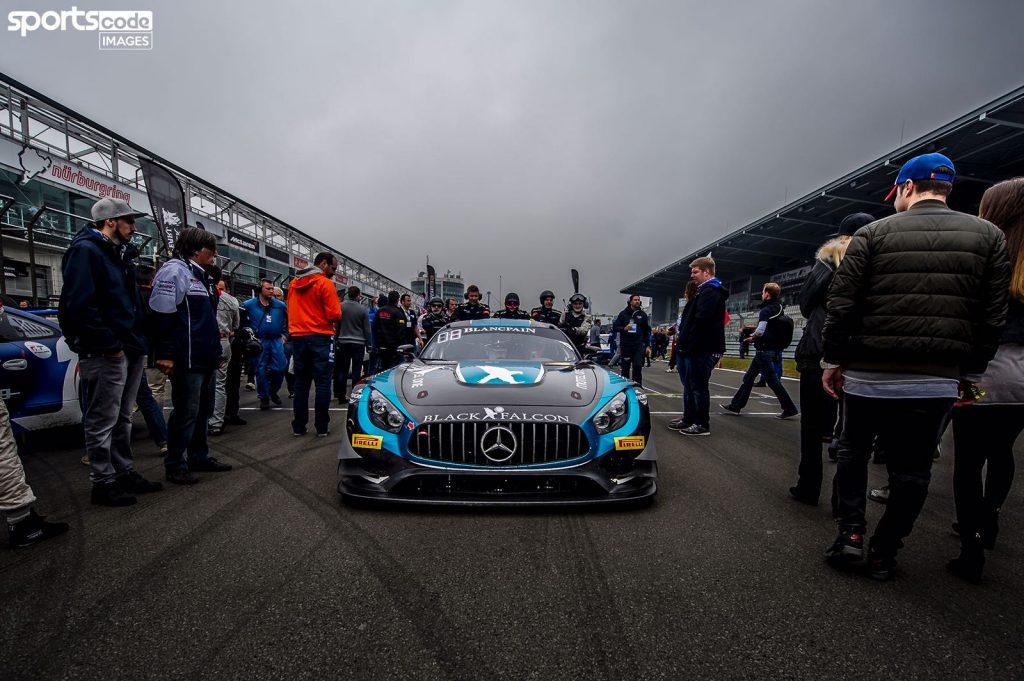 “For one reason or another we’ve had a lot of bad luck this year, but it only makes you appreciate the good results more when you do get them. We’ve improved a lot of things on the car during the season and it’s been really rewarding to see that progress at every race. I’d like to say a big thank you to Team Black Falcon, Hubert and Andreas for all their hard work this year.”

Christodoulou has another opportunity to set the record straight at the VLN 9 on October 8.