Christodoulou marks strong return to the 24 Hours of Daytona

Christodoulou marks strong return to the 24 Hours of Daytona

Adam Christodoulou marked his return to the 24 Hours of Daytona with a strong third place finish in the GT Daytona class.

On his first appearance at the race since 2011, the 27-year-old AMG driver enjoyed a trouble-free run in the No. 33 Riley Motorsports – Team AMG Mercedes-AMG GT3 with Jeroen Bleekemolen, Ben Keating and Mario Farnbacher, marking a successful debut for the car in the IMSA WeatherTech SportsCar Championship.

The team led a total of 108 laps and ultimately finished just 5.6 seconds off the winner at the conclusion of 24 hours of gruelling racing.

Despite coming narrowly missing out on his second 24 hour race victory of the last 12 months, the 2016 Nurburgring 24 Hours winner could not be unhappy with the result.

“I suppose when you’re able to lead the race for a period of time, you convince yourself more and more that you could pull this off, but if I’d been told at the start of the week that we would end up on the podium then I would have been really excited,” Christodoulou said.

“To finish any 24 hour race is a great challenge and I’m extremely proud. We definitely got the maximum out of the car this weekend and as a first time for AMG doing the 24 Hours of Daytona, we definitely made a good impression.”

The team started from 19th on the grid with a triple stint from Keating, who was also scheduled to drive a Prototype Challenge car during the event.

After Bleekemolen and Farnbacher took the car into the night and Keating returned to the wheel to complete his mandatory driving time, Christodoulou finally climbed aboard for his first stint after midnight. 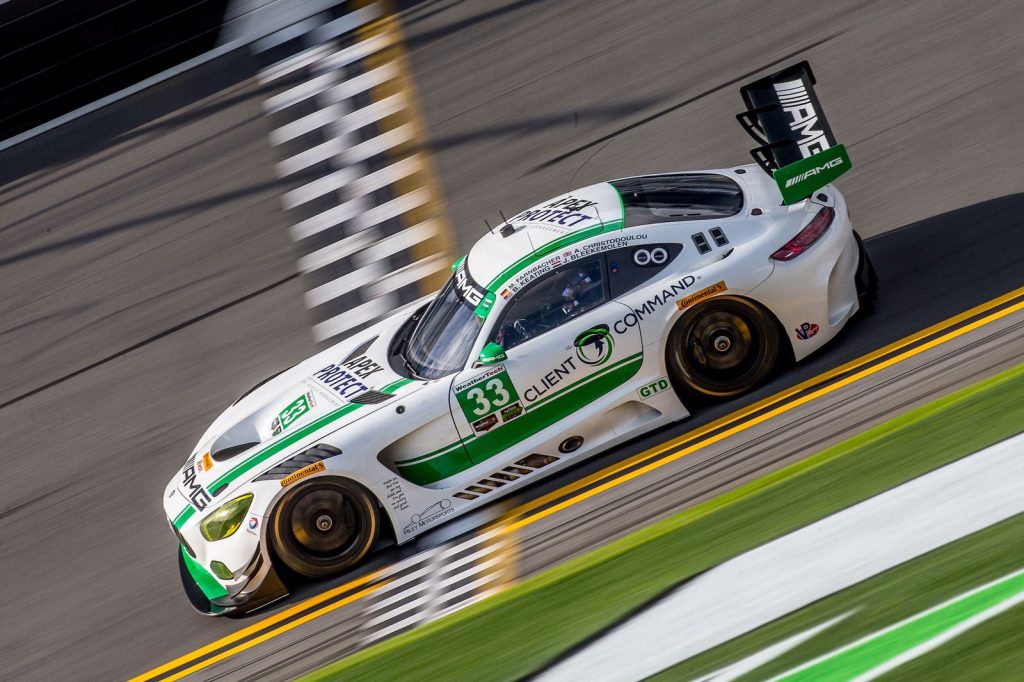 Cool ambient temperatures and unrelenting rain meant for conditions that were far from ideal. Nevertheless, the Briton was immediately on-pace and gained three positions when racing resumed after a lengthy caution period.

With the help of his spotter, watching every move from the top of the Daytona International Speedway’s enormous grandstands, Christodoulou advanced to second place during the course of his double-stint, before handing back to Farnbacher around 3 am.

“It was pretty unusual, normally I’m in the car pretty early on but the priority was to get Jeroen, Ben and Mario through the car, because they’re the guys fighting for the championship so they needed to do a minimum of five hours each,” he explained. 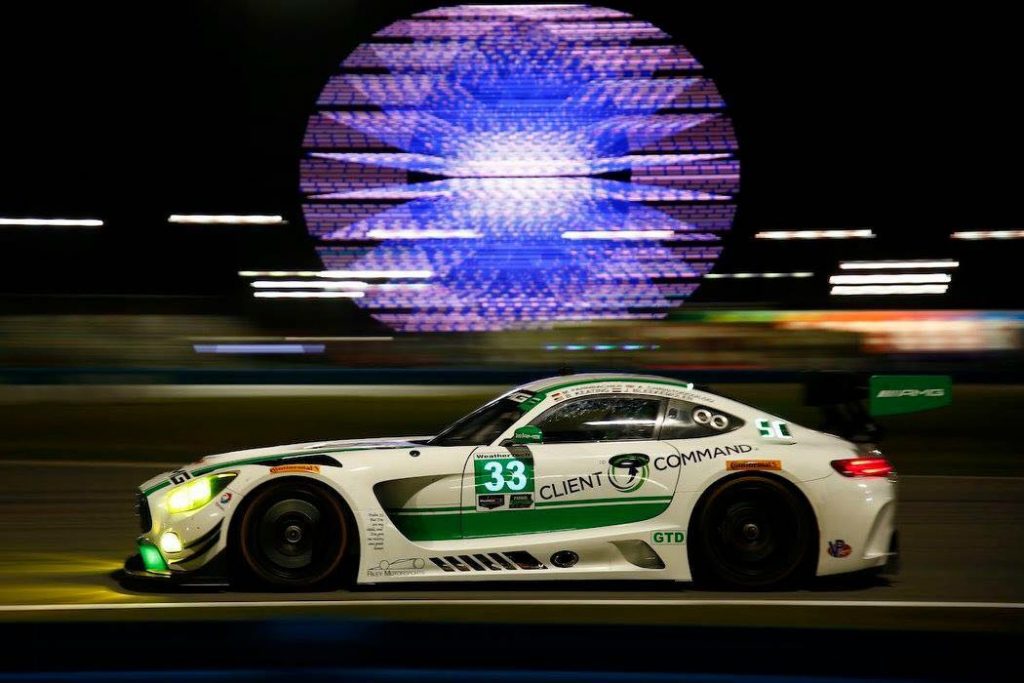 “I went straight into the night shift. The weather conditions were pretty horrible, but we made a setup change and I had a lot of confidence in the car, so I just went full attack.

“Straight away at turn one I was able to send it around the outside of about three cars and really get stuck in, so that was great fun.”

Farnbacher took the lead after the restart, but the several long yellows that followed due to the worsening conditions meant that the chasing pack remained in touch.

After another stint from Bleekemolen, Christodoulou took over and continued in the lead for the duration, despite having to cope with tricky intermediate conditions as the circuit transitioned from wet to dry.

“We were able to maintain our lead for quite a while and then I was back in late morning as it started to get sunny again,” he continued.

“I did another double stint and managed to bring the car in around 30 seconds ahead of second place, which I was extremely happy with.

“Our car seemed to be extremely strong in the mixed conditions when the track was at it’s most difficult. One of the AMG’s strong points is how easy it is on the tires, so in the drying condition with the wets on I was able to extend the lead before handing over to my team-mates and getting a little bit of sleep!” 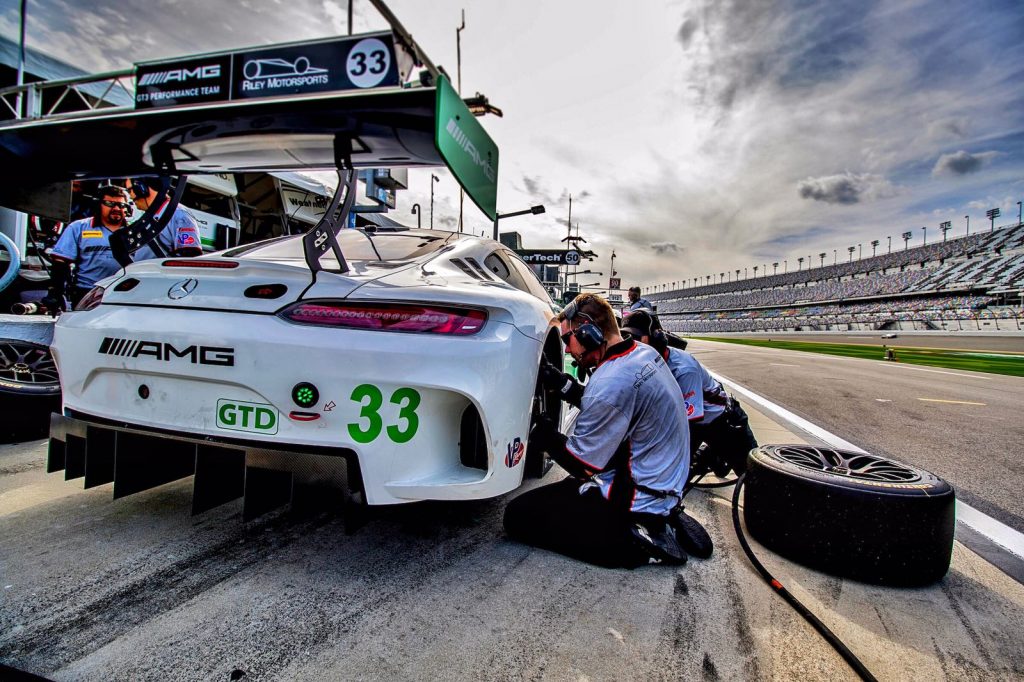 With Christodoulou’s job done, Bleekemolen was tasked with bringing the car to the finish and crossed the line in third.

“The car was great, it handled really well, although we weren’t as strong as some of the other competitors on the banking, so at that point we had to use the slipstream to make sure we were on their bumpers to attack in the infield,” Christodoulou explained.

“A great overtaking place in the wet was around the outside of turn one, but it’s definitely easier to overtake on the straights if you’ve got that opportunity.

“The team have only had the car for a few weeks and the first time they got to Daytona with this car was a few weeks ago for the Roar, so we didn’t have much time to prep for this race. I think under the circumstances, everyone did an amazing job.

“It was great to work with Bill and his team, they’re extremely professional in everything they do, and attention to detail is exactly what you need in these kinds of races.”

Having come so close to winning a Rolex, Christodoulou is eager to return next year and finish the job.

“For me it was an honour to be selected out of all the AMG drivers to come and do this event, it was really exciting to be back in the States,” he added.

“The car ran faultlessly and we all had a clean race, none of us had any contact and the thing was pretty much unscratched at the end, which is exactly what you want during a 24 hour race.

I’d like to thank Bill and his team for all their hard work, as well as my team-mates Ben, Jeroen and Mario for trusting me to be a part of their team. If I was given the opportunity to do it again next year, I’d love to do it!” 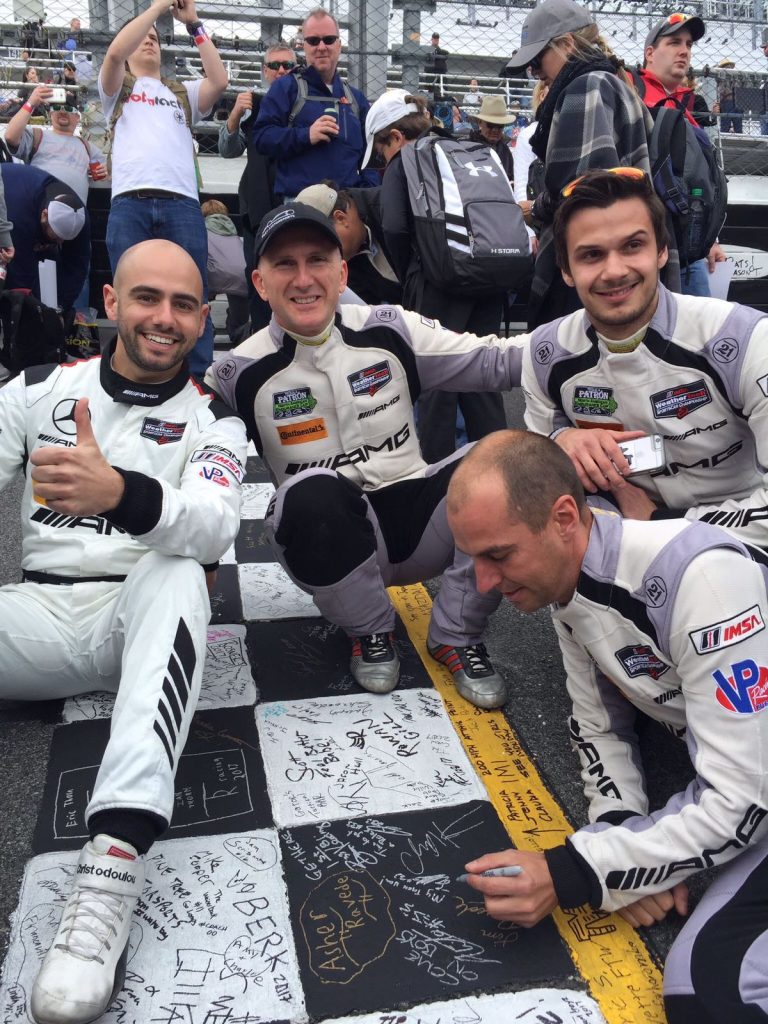 Ahhh they should have left @LewisHamilton out for another 2-3 laps. #F1